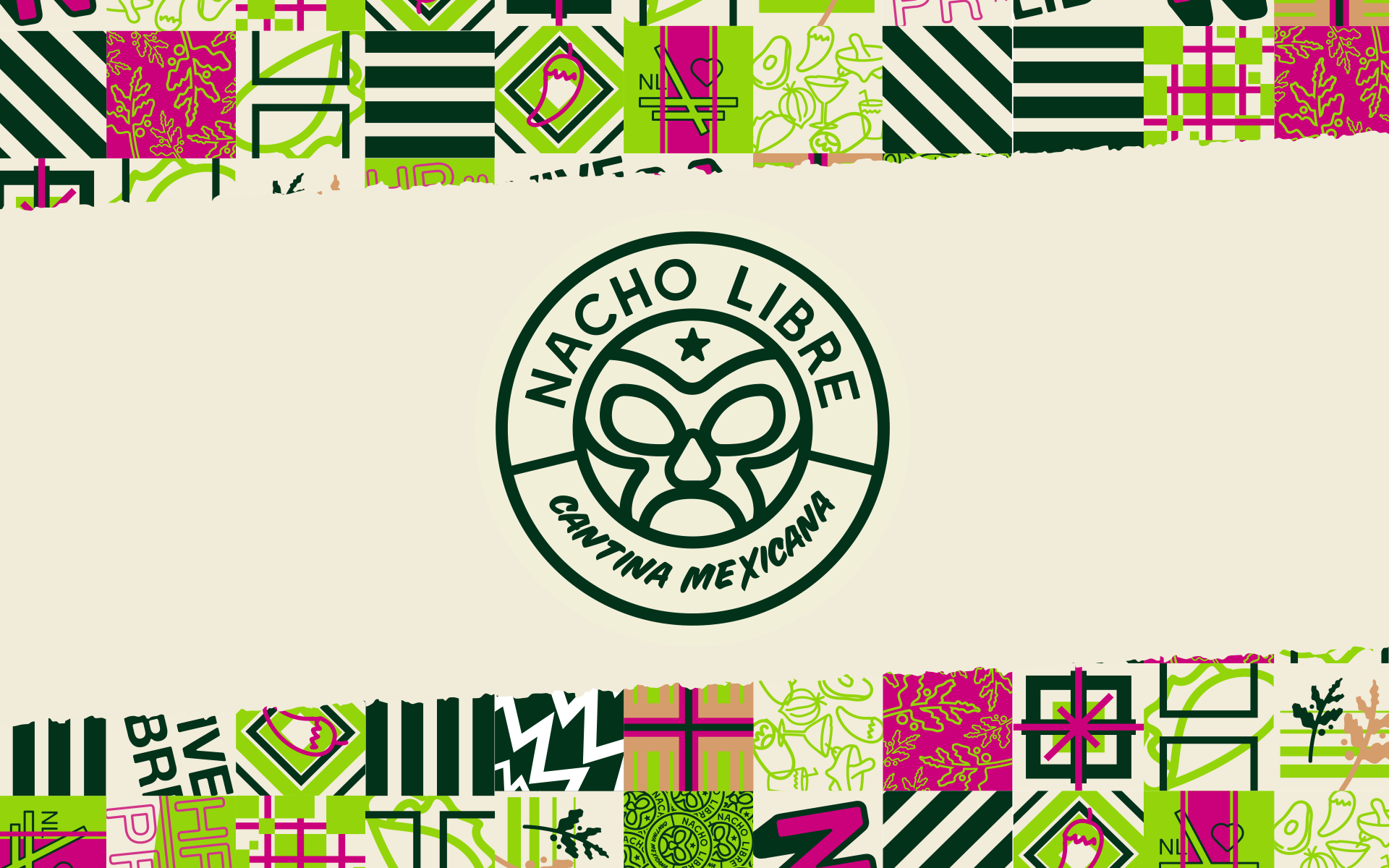 Company Background: Born from the Hustle

If the saying “adversity breeds opportunity” holds any truth, then the owners of the red-hot eatery Nacho Libre Cantina Mexicana had the chance of a lifetime when they went all-in on their trendy Mexican cuisine concept.

“Our original opening date was on September 5, and we had to postpone it to the 14th,” recalled Roberto Gerena, a long-time events promoter who had decided, along with business partner Antonio Aguilar, to venture into the restaurant segment as a way to get some extra income. “We were hoping to get a couple of hundred dollars a week out of the whole endeavor.”

As it turned out, the year was 2017, and the original opening coincided with Hurricane Irma’s arrival in Puerto Rico. “By the time we were about to open later in the month, there was already news of a second hurricane coming in,” Gerena said. That second hurricane was Maria, one of the worst to ever hit the island. “We were closed for a week, and the following Monday, we went ahead without suppliers, not even an electric generator,” he added.

This did not deter Gerena and Aguilar from trying to take the business off the ground. Every morning, they would head to a wholesale club store, get as many supplies as they could, and make it back to their cantina in time to start operations at 8:00 am. Eventually, they acquired a modest 6,500-watt generator, with which they would connect to part of their equipment in the morning, leave it resting for a couple of hours during midday, and power the rest of the equipment in the afternoon. “We had to hunt down diesel fuel every morning too; it was tough going at first,” Gerena admitted.

Further complicating matters, their first locale was at O’Neill St., a side-street in San Juan’s Hato Rey district that was frequently used but was far from being a main throughway. “Every day at lunchtime, my partner and I would take these trays full of quesadillas that were cut up into small squares, and we would go to the gas station across the street, which was way more visible, and start giving them away,” said Gerena. “Then we would take orders from whoever was interested, run to the cantina, and come back with the order,” he laughed. “That was just Hustling 101 right there, and we had to do it; otherwise, we would’ve lost our investment.”

The Challenge: A Strategic Approach

Eventually, the island’s situation approached a degree of normalcy, and the Hato Rey establishment began to thrive enough for the owners to open a second locale in Guaynabo, this time as a food truck.

From the beginning, one of the characteristics that has made Nacho Libre Mexican Cantina stand out from the pack —apart from its menu celebrating Mexico’s street

food and a wide assortment of margaritas— is its branding, with a bold magenta and green color scheme and its logo reminiscent of a Mexican luchador’s mask.

Despite partly sharing the name with a popular Jack Black comedy film from 2006, Gerena insisted that it was a mere coincidence. “When we started brainstorming, we put on a blackboard all the things in which we wanted to stand out, from the margaritas to the various Mexican dishes, and the word ‘nacho’ stood out. Then we looked for a sort of surname to it, and ‘libre’ was the best match,” he explained. “ I verified with lawyers to see if there was any potential problem regarding trademarks, and everything checked out.”

Moreover, practically all of the establishment’s visual elements —from the margarita glasses, stickers, and even the Pantone color scheme— were set in place by the time the first cantina opened, said Gerena. “I also have a background in advertising, and I know all of these creative people who gave us a hand,” he adds. “I also had experience with big clients and their strict guidelines regarding their visual style —which background goes with which logo, and so forth— and that helped with what we were trying to accomplish.”

Nacho Libre’s distinctive style soon caught the attention of top suppliers and brands such as Heineken, Tito’s Vodka, and Tequila 1800, who began establishing partnerships with the upstart restaurant since the days when its first locale was still running off a cheap power generator. “We kept getting these queries about the potential for franchising, and investors started getting interested, and we thought that maybe this could go on to become much more than just a side hustle,” Gerena said.

It seemed like Nacho Libre had all of the elements in place to strike huge, but there was a slight problem: the owners didn’t know how to take that extra step. “We were doing guerilla marketing at that point, and things had worked out great until then, but we realized that we needed a more strategic mind on the team,” he admitted.

The Solution: The Long Game

Enter DuartePino, specifically its founder and Chief Marketing Advisor, Antonio Duarte. “I met Antonio through mutual acquaintances and realized he was really sharp, with a highly strategic mindset,” Gerena said. Duarte soon joined the Nacho Libre team as an advisor. Before long, the firm signed with Nacho Libre, in which Duarte participated in recurrent meetings with company execs to hash out a comprehensive strategic marketing plan for the brand.

A couple of months later, another crisis would hit Puerto Rico, much as in the rest of the world: the Covid-19 pandemic. Luckily, the company had DuartePino on its side.

“DuartePino quickly recommended that we move our operations completely online, with a web page and a mobile app. They came up with that the same day that the first rumblings of a lockdown were being heard, back in March. They had everything set,” said Gerena.

Another DuartePino recommendation involved producing family packs, or combinations of food items for large groups, and bottled margarita drinks. And although Nacho Libre had already established partnerships with food pickup platforms such as Uva, the company was spurred into processing and delivering orders through its proprietary app. “Everybody was locked up in their house with their families, and no one was going out to have lunch by themselves,” Gerena explained. “This strategy brought great results, and it helped the business weather the pandemic a lot better.”

Results: The Next Level

With the pandemic-related complications resolved, efforts turned to a more long-term strategy involving Nacho Libre’s scaleup potential. “DuartePino helped us define what each of us is good at, and where each of us adds value to the operation. They were like a business manager in that sense, with great advice about how to better position ourselves,” said Gerena. “They also showed us how to move away little by little from the daily operational aspects and bring in people who can take care of the day-to-day. This way, we can better dedicate our energies into making the business grow, because if you own a restaurant and keep working as a chef or a bartender, it is next to impossible to achieve any growth.”

Whereas the company previously had plans to expand into the U.S. market, the company has put such plans temporarily on hold. Instead, it is investing in its own operational overhaul to make the chain 100% ready for franchise opportunities, Gerena said.

“Following DuartePino’s recommendations, we have invested in bringing our operations up to the level of the brand itself, so that afterward we can sell franchises based on a business model that is completely set in stone, not halfway,” Gerena explained. For that purpose, the company recently hired an operations expert with 32 years of experience, who is helping the company standardize various processes, as well as properly document them.

Despite the company putting its intentions to expand to the U.S. mainland on the back burner, it has continued opening new locales on the island, Gerena revealed. “We opened a locale in Miramar last August, and we are on the verge of opening another one in Bayamon,” he said. “We are also preparing to open another locale in Caguas for mid-2021, and it will be our biggest establishment yet. It will even have a drive-thru, but it will keep the same Nacho Libre style, menu, and experience. It will be the template for how we will move forward from now on.”