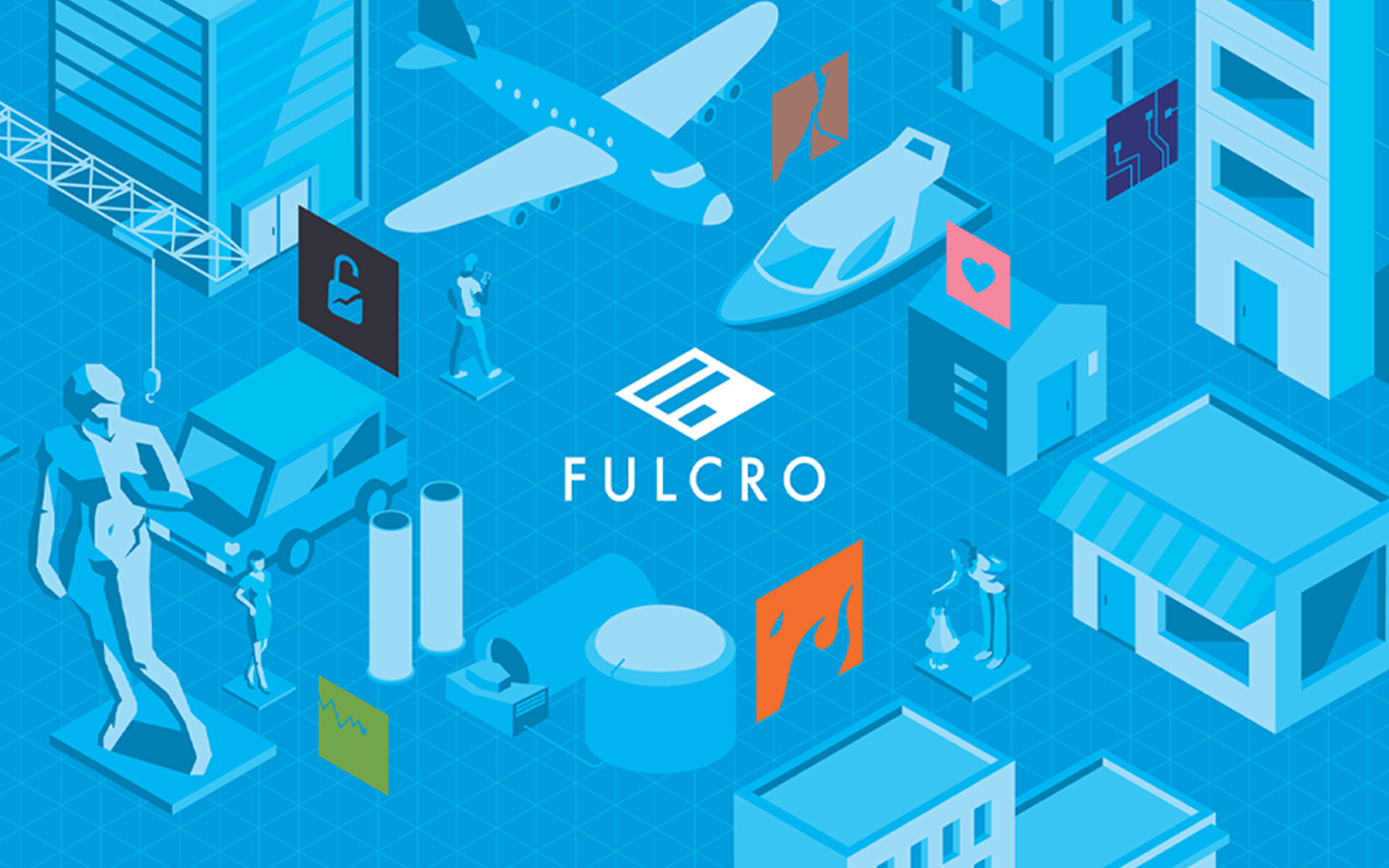 Company Background: From Generic to Boutique

Starting out as First Insurance in 1981, San Juan-based company Fulcro Insurance rebranded itself four decades later out of necessity. The firm, which had secured a solid position in the Puerto Rico insurance segment by this time, was dipping its toes into the mainland U.S. when it realized that its original moniker would not help it stand out in other markets.

“You did a search on ‘first insurance,’ and there were a million of them whenever you looked in the States,” said Ramón A. Pérez, president of Fulcro Insurance. “It was a very generic name.”

Further complicating matters, Puerto Rico banks like Banco Popular started to enter the insurance business in the 1990s, which brought confusion between the insurance brokerage and another leading player in the local banking sector. “We used to receive a lot of documents from FirstBank clients who thought they were us, and vice versa with them,” Pérez remembered.

The company enlisted the services of a local advertising firm to come up with a new name. Before long, thoughts turned to the fulcrum, a time-tested principle in engineering that basically means the point upon which a lever rests, like the midpoint of a seesaw commonly found on a playground.

Surprisingly, the name’s choice had little to do with the firm’s longstanding links to the construction industry on the island, with its first-ever client back in 1981 being a contractor. Instead, it carried a deeper meaning.

“It has to do with leverage,” Pérez acknowledged. “We had plenty of conversations, and many concepts kept popping up, like the idea of tranquility and peace of mind, of experts in their field who always looked out for their clients and lobbied for them.”

The Challenge: A Strategic Extra Push

With its new identity in place, the company began expanding into new markets, eventually setting up offices in Orlando and Atlanta and employing 75 people. Along the way, it developed a solid industry-wide reputation not only with regards to its construction clientele but also its other insurance offerings in matters of commercial risk, employee benefits, and high-net-worth individuals.

Even during the fateful year of 2017 in Puerto Rico, when hurricanes Irma and especially Maria brought the island to its knees, and the local insurance sector went through a transformative period, Fulcro Insurance remained steadfast.

“Our brand was strong,” said Pérez. “Everything that had to do with the vision and values of the company was already well established.”

However, a slight adjustment was still needed to take Fulcro to the next level. “When a company runs for forty years, it’s sometimes easy to just go with the flow as far as the business is concerned,” said the exec. “At one point, we decided to adopt a more growth-centric mentality as part of our strategic planning.”

By the beginning of 2019, the firm was poised to embark on its next chapter of growth, both in Puerto Rico and the U.S. But to do that, it needed to team up with a partner capable of helping it put its best foot forward. The Solution: Refreshing the Brand with an Online Twist

Among the reasons in which Fulcro decided to collaborate with DuartePino, and its marketing-as-a-service offering, was that the insurance brokerage did not see itself employing a run-of-the-mill marketing and advertising campaign.

“We are not a mass-market firm,” Pérez said. “The typical approach with billboards and radio advertisements simply isn’t for us, so we decided to be more strategic about it and not go through a traditional advertising agency. It was about refreshing our image and not just marketing for marketing’s sake.”

Another factor was that Fulcro had already grown familiar with the “fractional” business model that characterizes DuartePino’s unique approach to marketing. “We had tried a similar approach in other departments such as Human Resources and IT, and it had worked out very well for us,” said the president of Fulcro Insurance. “There was no reason to believe it would prove different when it came to marketing.”

Nevertheless, having a marketing team that was essentially “in-house” in all but name held its own particular appeal. “Our previous experience with marketing was to go to an agency and say, ‘come up with a print campaign’,” said Pérez. “It is quite another thing to have them be a part of your team, to know what is going on in the company at an in-depth level. What you get from that process is something more customized to your needs.”

Under this approach, DuartePino experts and consultants helped give the Fulcro brand and image a 21st century polish, with a refreshed look and feel to its overall presentation, including its website and social media pages.

The campaign’s online component proved particularly effective, employing a meticulous and strategic segmentation across Fulcro’s main client industries, and which benefitted from the input of expert sources found within the firm to assist in content creation.

“There was one particular concept they developed, involving a tabletop game and a pair of ‘risk dice’ that generated an enormous amount of positive feedback,” Pérez noted. Among those who responded positively to the concept were the firm’s own employees. “The people at DuartePino always run things by the employees to see what they think,” Pérez continued. “They were always out there, and I didn’t even realize it most of the time.”

Results: Rise of the “Insurance Nerds”

By achieving full integration into Fulcro Insurance’s culture and adjusting its strategic marketing to the U.S. and Puerto Rico markets, taking into account each market’s characteristics and intricacies, DuartePino helped Fulcro achieve double-digit growth in its business so far in 2020.

One strategy that proved especially effective, Pérez recognized, was to internally align the brand and center it on the company’s core strength of expertise, which in turn helped the firm position itself in a unique way; namely, a broker made up of so-called “insurance nerds.”

“In our industry, be it in Puerto Rico or the U.S., insurance producers are typically sales-oriented, and they haven’t necessarily studied insurance,” Pérez explained. “What sets our company apart is that a huge part of our team has been formally educated; they hold multiple industry designations. We do not have producers who know just enough to sell a product. We know a lot more than that, and instead, we focus on properly guiding clients into taking care of their risk management needs.”

Fulcro’s collaboration with DuartePino has also helped the company become a significant figure in terms of corporate responsibility, particularly when it comes to its alliance with the American Red Cross.

“That was a great suggestion that the people at DuartePino had, and it was a no-brainer when you looked at it in hindsight,” Pérez said. “When you consider the work that the Red Cross carriers out after a catastrophe as a first responder, and us as a firm that helps clients get back to normalcy as quickly as possible, those missions have dovetailed remarkably well.”

Among the many resulting collaborations between Fulcro and the American Red Cross was an educational, social responsibility program recently launched to prepare Latino business owners against natural disasters like hurricanes, earthquakes, and fire.

And like the veritable fulcrum that inspired its name, the company has developed into one of the industry’s pillars as it continues its expansion throughout the southwestern region of the U.S. and beyond. “It has been a team effort involving all of the company’s departments and employees,” said Pérez. “We are excited to count DuartePino as part of that team and look forward to continuing our collaboration with them during this exciting time.”